French teacher Nicole Baker received a grant from the Carlisle Education Foundation to attend the American Association of Teachers of French Convention in Saguenay, Québec in July 2015. Here are some reflections on her trip: 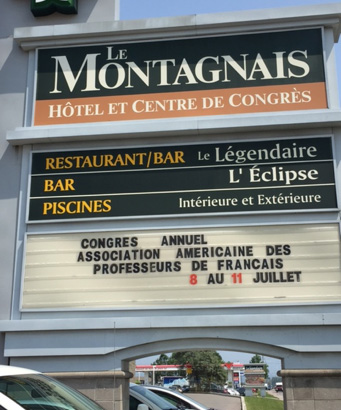 Attending this conference allowed me to learn so much more about the language, culture and history of Quebec and also other parts of the French-speaking world. The workshops were helpful, useful and the lectures often inspiring!

I teach some aspect of the culture and language of Quebec in grades 3-8 and more specifically in 8th grade when I do an entire unit on it. Students make a “Virtual Field trip to Quebec” for which, thanks to the help of our Librarian Maya Bery, we now have great resources on our Library website: http://cpslibrary.carlisle.k12.ma.us/agrave-queacutebec.html

I attended many workshops at the Convention, found out about French speaking singers that are good to teach about in the classroom, the future of the geography of France (fascinating!), and I also discovered a wonderful language program called “Planet French” which the middle school students will have access to on their iPads. It contains film clips on different topics, many about Quebec but also other French-speaking countries and is made for the beginner level. It can often be very hard for beginner students to understand native speakers, but this is made specifically for them, and is adapted to help them understand better. I intend to write lesson plans around these film clips and ask students questions to ensure that they have understood correctly and grasp the meaning of each topic. I am thrilled with this new teaching tool! 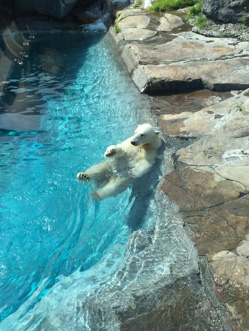 After the Convention, I had a chance to explore the area two hours to the North called “Lac St Jean,” a famous vacation area for the people of Quebec. I went to a zoo where the animals were free and the people on a train, so they came close up to see us. I will share these pictures with my students to teach names of animals and other nature-themed vocabulary.

Knowing that their French teacher was in Quebec will hopefully make students want to go to that part of North America, too, and to be educated travelers when they do! They will hear how different the French is from the one in Europe, they will understand more about the history and culture of these people and also know what one can do there, which animals live there and what the geography looks like. It will give a clear purpose and meaning to them while learning a language they do not hear around them on a regular basis. Students will better understand that French is real. It is part of life, of traveling and of discovering our world.

MERCI! to CEF for giving me such a wonderful opportunity!

The deadline for the first round of CEF Professional Development and Innovation Grants for the 2015-16 academic year is October 16, 2015. CEF grants have been established to enhance and promote exceptional teaching in Carlisle Public Schools, to encourage creativity and leadership in teachers and administrators, and to positively impact as many students as possible.

Goals for the program are:

Please remember that all grant applications need to be approved by the superintendent before CEF can consider them. If you would like to discuss the feasibility of an idea, please contact the CEF Grant Committee.